: Reduces the cost of classes and private classes

A grading tests the students ability with respect to a set standard. This standard requires the student to demonstrate a set of physical techniques and answer a theory test. The physical test is learnt via demonstration and the theory learnt from theory sheets (see instructor). On passing this grading students are recognised as achieving that standard which is indicated by the colour of their belt or the tag on their belt. The belts start at white (10th Kup) through yellow (8th Kup), green (6th Kup), blue (4th Kup), red (2nd Kup) and black. Between each belt a tag is awarded. A yellow tag is worn on a white belt and indicates that the student is 9th Kup. This gives 10 gradings to black belt e.g. white belt, white belt with yellow stripe, yellow belt, yellow belt with green stripe etc.

Gradings are taken locally making them more convenient for the student. Gradings are conducted by a official ITF examiner who is 4th degree or above. For most 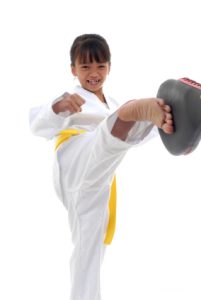 gradings this will be Master Bernard, 7th Degree international instructor & examiner. Prior to the grading there is a mandatory pre-grading whereby students will run through the full grading syllabus and demonstrate that they will be ready for the subsequent grading (i.e. minimum 50% pass mark). Feedback will be provided to the student verbally and via email if requested.

Note: Gradings to black belt and above are performed independantly of instructor by the ETA. Gradings will consist of a panel of senior examiners (minimum of 2) and are located nationally. Students will be expected to complete a number of private lessons to ensure that they meet the required standard.

To take a grading the following applies :

: Students must have and wear full ITF uniform on the day of the grading (i.e. white trousers, jacket and belt)

: Students must be a member and have completed / signed a grading form, obtained from your instructor, stating that they are fit and able to take the grading

: Students must have taken and passed the pre-grading

Grading fee payable prior to the grading (a additional fee of up to ï¿½4 may be levied to cover the hall fees dependant on number of grading students). The grading fee includes the cost of the belts and ITF black belts..